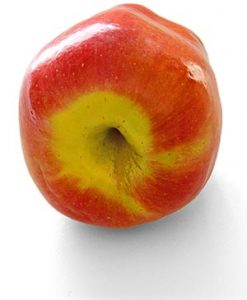 Though its origin is not known for certain, April Fools’ Day has been celebrated for centuries. Traditions include playing hoaxes or practical jokes on others, and yelling “April Fools!” at the end of the prank.

In modern times, people have gone to great lengths to create elaborate April Fools’ Day hoaxes. Newspapers, radio and TV stations and websites have participated in the April 1 tradition of reporting outrageous fictional claims that have fooled their audiences, all in good fun, of course.

One way to avoid being duped is to have a healthy brain! Ambrosia apples are great for keeping your mind healthy. Several research studies have linked eating apples to improved brain health, including a reduced onset of neurodegenerative diseases like Alzheimer’s and Parkinson’s.

The Alzheimer’s Association refers to a “brain-healthy diet” as “one that reduces the risk of heart disease and diabetes, encourages good blood flow to the brain, and is low in fat and cholesterol.”

Enter the Ambrosia apple, and another reason to include an Ambrosia apple a day to your routine. Ambrosia apples are a leading source of quercetin, an antioxidant plant chemical that keeps your mental juices flowing by protecting your brain cells. According to researchers at Cornell University, quercetin defends your brain cells from free radical attacks which can damage the outer lining of delicate neurons and eventually lead to cognitive decline.

To get the most quercetin bang for your buck, be sure to eat your Ambrosia apples with their skins on since that’s where you’ll find most of their quercetin.

Apples also boost the brain by protecting against memory loss and lowering the occurrence of strokes. A 2013 research study, featured in the American Heart Association’s journal Stroke, found that every 7 gram increase of dietary fiber lowered first-time stroke risk by 7 percent. One large-sized Ambrosia apple has 5 grams of dietary fiber.

So, don’t be a “fool” and eat an Ambrosia apple every day! Your brain will thank you later!