#AmbrosiaKitchen Photo Contest… And the Winner Is! 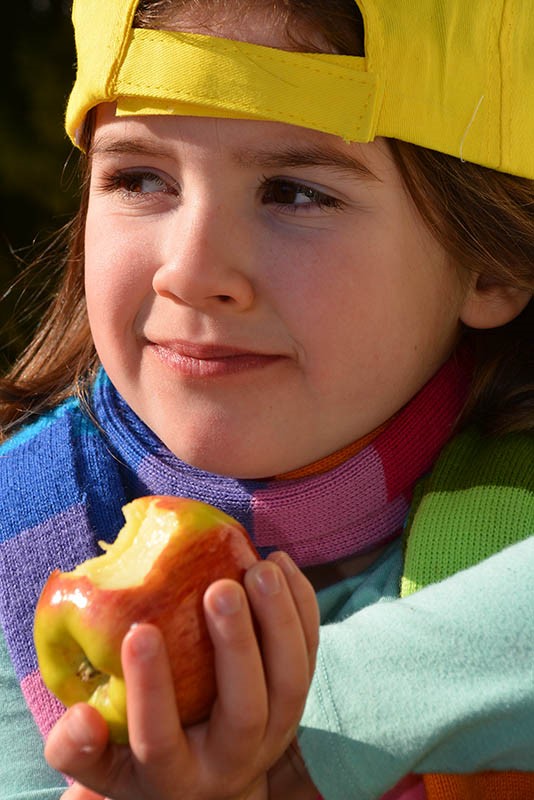 Kudos to Mike Lane of Saanichton, BC for his photo entitled “My Favourite Snack.”  The bright and sunny photo of Mike’s seven year old grand-daughter, Coco, thoroughly impressed all of the judges. “My Favourite Snack” was chosen as a winner from close to 200 entries.

We reached out to Mike, and the contest judges to gain some insight into what makes a winning photo.

Mike took the photo of his photogenic granddaughter, Colette (aka Coco) on his deck in Saanichton, BC in March, 2019. Mike took a number of shots of Coco that he didn’t enter, including the one pictured, and also the adorable shot of Theo, Colette’s five-year-old little brother.

Mike is quite a talented amateur photographer, who takes his hobby of entering photo contests very seriously. As a result, he does fairly well, and has won a number of contests throughout the years. “I like contests that challenge your imagination,” he says. “In this photo, I knew that a head and shoulders shot would have more impact than a full body photo. So we had some fun trying various accessories (bright yellow umbrella, red gloves, yellow hat, on backwards etc).”

Mike was especially interested in winning the #AmbrosiaKitchen contest because of the appeal of the grand prize. “I entered this contest because the prize was very appealing and I knew I could take a really good photo with my granddaughter as a model,” he says. “Spirit Ridge was actually on our list of places to visit in the south Okanagan, so we’re very happy to win this prize.”

Mike and his family have enjoyed Ambrosia apples ever since they entered the local market, and they buy them at their local Thrifty Foods in Saanichton. Their favourite way to enjoy Ambrosia apples is sliced into wedges at breakfast time, and they have become ambassadors of this tasty variety. “I’ve been telling my family and friends to try Ambrosia apples and I’ve got quite a few of them now buying only Ambrosia apples.”

Our judges, Doug Boult, Wes Burdick, and Shane Witzke, are all Ambrosia apple farmers. They had a hard time choosing the winning photo and all of them took to their task diligently, by looking through all of the close to 200 entries.

They were keeping keen eyes out for photos that promoted Ambrosia apples, and they were especially looking for a photo that captured the brand as a tasty and healthy snack.

“This one captured so many things,” says Wes Burdick. “I love the colours but also love that it captures the Ambrosia apple as a healthy snack choice, and young people on the farm. It was important that the apple in the photo have good colour and represent the type of fruit I strive to grow.”

There were several runner-ups, but Mike’s photo,”My Favorite Snack” was a clear winner. “It just captured so many aspects of what I love about farming and the Ambrosia apple,” recalls Burdick.

Our thanks again to everyone who entered! Please watch out for more exciting contests, and continue to shop for BC Ambrosia apples!

For more information on the judges, including videos of their farms, visit https://ambrosiaapplescontest.com/judges/. 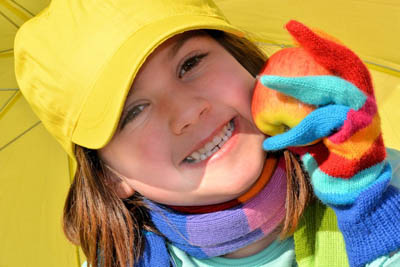 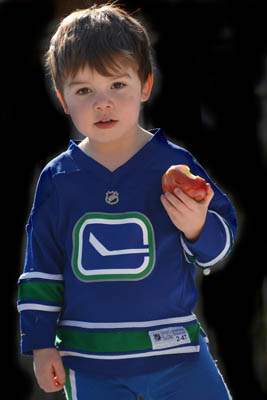