Around the World – Germany 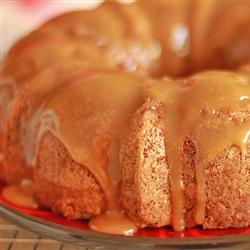 Germans love their apples! According to a recent survey by the SINUS Institute and YouGov, the most eaten fruit in Germany is the apple. Four out of five Germans (79%) regularly eat apples, and most Germans (74%) believe that apples aren’t just tasty but also healthy. They agree with the age old: “Ein Apfel pro Tag hält den Doktor fern” (“An apple a day keeps the doctor away.”)

The apple also features predominately in German cuisine. Most are sweet, but there are some savory dishes as well. In Berlin specifically, Liver and Onions traditionally has apples, so if you see Berlin Liver or Berlin Style Liver on the menu of your favourite German restaurant, that is the distinction.

As mentioned, there are many recipes featuring the humble apfel, and many – like strudel, which hails from Austria – have come to Germany from other close-by regions. The traditional German Apple cake has its roots firmly from Bavaria in the mother-land. It is usually served as an afternoon snack or even in the morning, but we also enjoy it for dessert. We made ours with Ambrosia apples, of course!

Bring to a boil, then boil 3 minutes.
Remove from heat and add 1/2 tsp. vanilla.
Let cool just slightly before pouring over warm cake.