Around the World – Italy 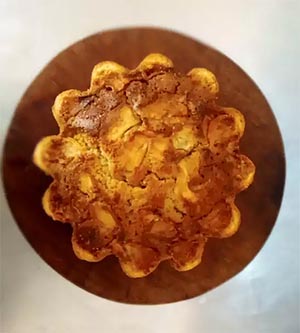 When one thinks of Italian food, apples are not the first thing that comes to mind, but the Italians love il mele!

Apples are Italy’s largest crop, and Ambrosia apples are grown there. In fact, Italy is the second larger producer of apples in the EU, second only to Poland.

Italy’s association to apples goes all the way back to the Roman Empire, circa 300 BC. Roman writers and orators waxed on about several varieties of apple, and the Romans were the first who cultivated apples specifically for size and taste. Modern tools used for grafting have changed very little from their ancient Roman counterparts, as well.

Apples were definitely favoured by the Romans, who ate them fresh and also dried them or preserved them for the winter. When the Roman armies conquered Gaul and Briton they brought fresh and dried apples with them and planted seeds as they went, so are somewhat responsible for the propagation of trees throughout most of what we now know as Europe and Great Britain.

Many Italian recipes call for apples, and Ambrosia apples can easily replace those called for. Remember though, that Ambrosia apples are naturally sweet, so the amount of sugar may need to be adjusted. We headed over to All Recipes for this version of the popular Torte di Mele, or Apple Cake, a staple for Nonas for centuries! Bon apetito!