Ambrosia Apples In The News

That’s why the organization that represents B.C. Ambrosia apples growers sets up sampling booths at big events so people can try the fruit and be won over by it glossy red and yellow appearance, firm texture and sweet flavour.

Ambrosia slices were handed out at the B.C. Home & Garden Show in Vancouver last week and samples will also be available at the Tim Hortons Brier being held in Brandon from today until March 10.

The Brier is the Canadian men’s curling championship and always attracts a big crowd.

You also have until March 15 to enter the Ambrosia Apple a Day contest by snapping a photo of yourself, family or friends enjoying the apple and entering it at AmbrosiaApples.ca for a chance to win a three-night stay at Spirit Ridge Resort in Osoyoos.

The first Ambrosia tree was discovered growing the Similkameen orchard of the Mennell family in the early 1990s.

Thank you to reporter Steve Macnaull for supporting local and sharing the news about our Ambrosia Chef of the Year winner Chef Adair Scott! You can find an online version of the article here: http://ow.ly/850e30aHJuf#KelownaCourier

Ambrosia Apples is a proud sponsor of the 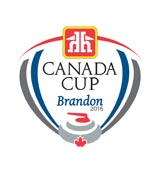 Come see us in Brandon!

Oliver’s farmland is beginning to look a little different, thanks to a provincial government program aimed at getting the newest varieties of high-yield fruits into BC orchards.

This year’s funding for tree fruit replant projects, part of $8.4 million that will be made available over seven years, is now available, and Oliver farmers are already vying for a piece of the action.

Some Apples Are Just Lucky

Some orchardist might see pickers eating their apples as a problem

Some orchardist might see pickers eating their apples as a problem. Sally and Wilfrid Mennell took it as a sign. The apples in question were Ambrosia — before they were known as Ambrosia. It was the early 90’s. A chance seedling had popped up on the edge of a row of Jona Gold apples in their Similkameen Valley orchard. Wilfrid freely admits that if he’d been more diligent in clearing weeds, the little sprout would never have grown large enough to bear fruit. As luck would have it, the tree did grow and produced a very unique variety of apple. Bi-coloured with a rosy red and a creamy yellow, the apple provided a satisfying crunch, a sweet flavour and an intoxicating honeyed aroma. It was no surprise that the pickers…